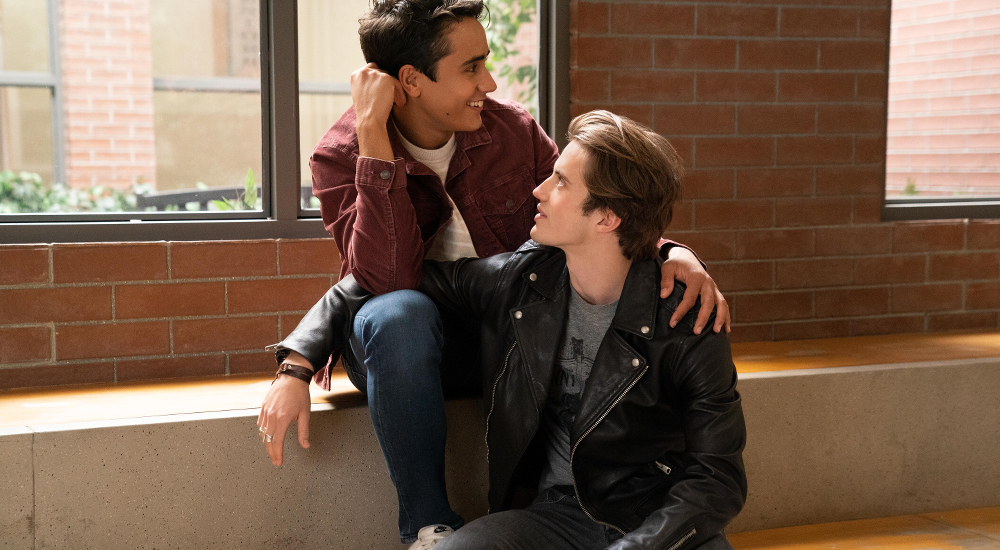 "Can we talk about the gay elephant in the room?"

Last year, as the pandemic began and people everywhere were being sequestered to their own homes, many eyes turned to streaming services to distract from the horrific reality that was taking shape around us. Fortunately for Hulu, they had a slew of originals in the can, one of which was the controversially cherished Love, Victor. Initially set to air on Disney+, the show migrated to Hulu and marked the highly anticipated follow-up to the beloved 2018 coming-of-age dramedy Love, Simon.

Tackling the same issues as the film Love, Victor centers on Victor Salazar (Michael Cimino), a recent Texas transplant, as he works to better understand himself and his place in the world. High school can be cruel, add in a newly out-of-the-closet athlete, and Victor's world is more complicated than he could have ever envisioned.

While the first season of the popular teen dramedy dealt primarily with Victor's relationship with himself, the second set of episodes centers more on his relationship with the world. The first episode, aptly titled "Perfect Summer Bubble," provides the opportunity for viewers to get caught up with the growing relationships, heartbreaks, and undeniable confusion that resulted from the season one finale.

It's an interesting start, given that so much was left open a year ago. At first glance, very little appears to have been dealt with; however, in reality, that is often how we cope and process. Ana Ortiz gives a moving performance as Victor's mother, torn between the preachings of the church and the love she has for her son. Her position is one that many go through; her journey one of the most relatable of the ensemble. Her relationship with Victor is set up beautifully during the first season. Their struggles are both vibrant and frustrating as they tiptoe around the growing need to communicate.

In much the same vein as the original film where Nick Robinson and Jennifer Garner shared a touching conversation centered on acceptance, understanding, and love, the near exact moment presents itself for Victor and his mother. Though its handling isn't nearly as eloquent (and rightfully so, no two journeys are ever the same), it provides a touching tribute to the source material, further cementing the franchise's positioning regarding the importance of the mother/son relationship.

Beyond the daily dynamics, season two works hard to expand the exposure, taking the LGBTQIA+ conversation outside of Victor's mind (and occasional Instagram message to Robinson's Simon) and into the real, working world of high school. For example, experimentations (and expectations) surrounding sex highlight an episode dedicated to a weekend getaway with a group of friends, and we learn that much like Simon, Victor himself is serving as an unsuspecting mentor to another student at Creekwood High.

As Victor and his friends work through their teenage angst and sort through the expected growing pains, it's hard not to love what this show highlights. Our first love isn't always our last, and sometimes loving someone is knowing when to let them go. Contrary to the title, Love, Victor isn't just about Victor. Much of the season is spent away from his and Benji's developing romance, broadening the world around him as he finds himself introduced to a wealth of new possibilities.

Though it boasts a queer lead and spends a heavy amount of time exploring the similarities and disparities between his and more traditional high school courtships, Love, Victor works hard this season to migrate into a rather typical high school drama. Though it doesn't quite sink the game-winning shot, that isn't the point. Instead, much like any high school student, it's working through the perplexities and adjusting with its leads, who, in and of themselves, are far from perfect.

*This series is streaming globally on Hulu. All ten episodes were reviewed.