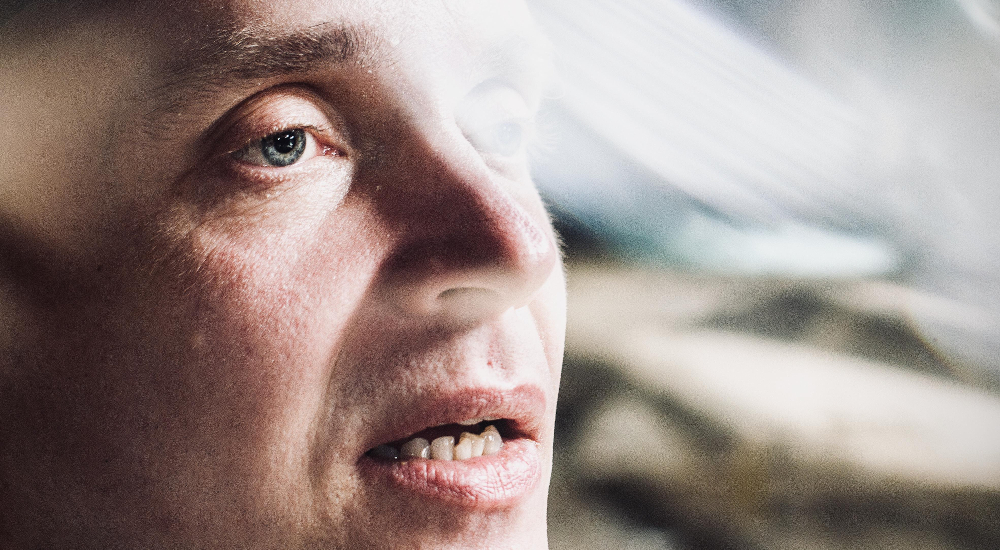 The Blind Man Who Did Not Want to See Titanic has no interest in being a typical inspirational drama about living with a disability. At different times it's a romantic comedy, a thriller, and a character study. But it's never plucking hard on your heartstrings. It's moving because writer-director Teemu Nikki has crafted a compelling story with a terrific lead performance from newcomer Petri Poikolainen.

The Finnish actor plays Jaakko, who's lost his sight and much of his mobility to multiple sclerosis. What he hasn't lost is his sense of humor, determination, and love of movies. He can dissect the works of John Carpenter with ease, and refers to his nurse as Annie Wilkes. And he's held onto his massive DVD collection, returning to certain films as comfort watches. But a day that should be joyous turns into one of the most challenging experiences of his life.

After winning big in a game of Keno, he calls up Sirpa, his girlfriend who he's never met in person. Disregarding that he hasn't gone anywhere unaccompanied in years, Jaakko plots out his journey from his house to the train station, where he'll ride to her city and watch Titanic, even though he prefers James Cameron's action films. But he finds himself in an action movie of his own when he's abducted by a fellow passenger, forced to use his wits and humor to survive.

To say anymore would spoil the film, but it's surprising, thoughtful and moving. That makes The Blind Man Who Did Not Want to See Titanic a must-see!