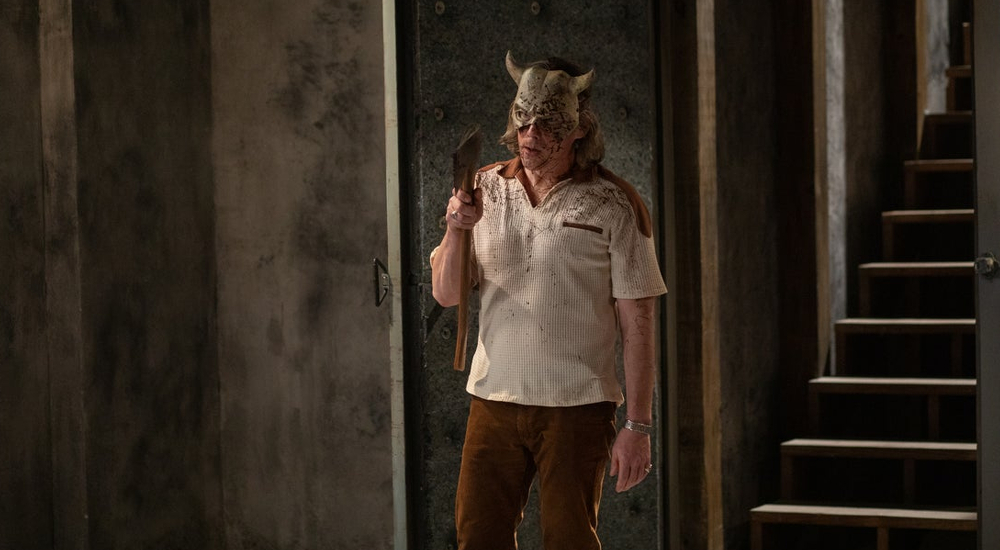 Easily my most anticipated release of the summer, The Black Phone brings together one of my favorite actors (Ethan Hawke) in a story by one of my favorite writers (Joe Hill). Universal delayed the release of the latest horror movie from Scott Derrickson (Sinister) to the summer, a move of confidence in the low-budget film. In advance of the release later this month, the studio has released a terrifying behind-the-scenes look at the film.

In just 90 seconds, Ethan Hawke explains his role as "The Grabber," the evil man who abducts and kills children. "Some part of his soul has been so eroded that he can justify things most of us don't even want to think about," the Oscar-nominated actor said. He'd avoided playing villains because, according to him, audiences start to believe the actors who do a great job are actually "The spawn of Satan." He closes by encouraging viewers to grab a group of friends to go to the theater to be "scared out of your mind."

The Black Phone opens in theaters on June 24.