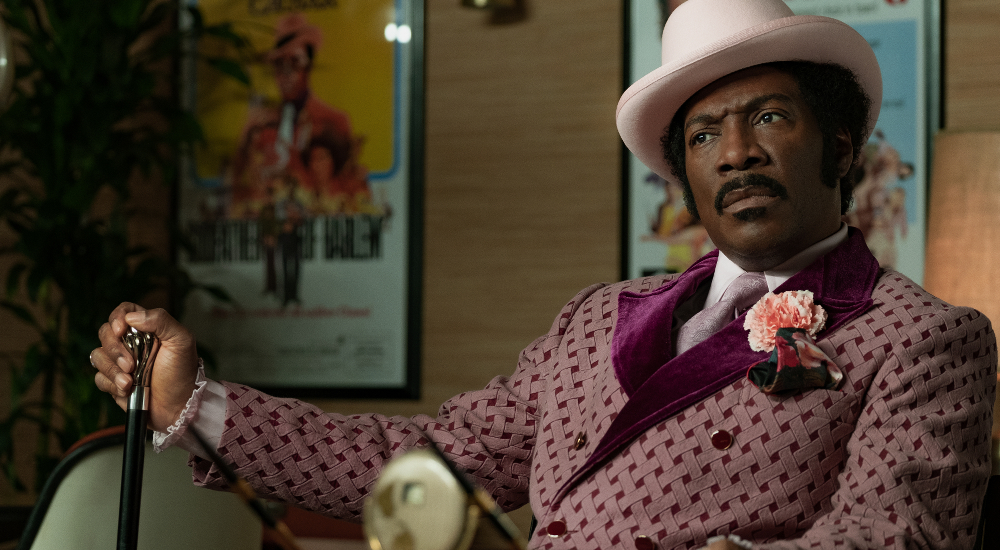 Eddie Murphy is making a resurgence, and he’s got powerhouse Netflix by his side to ensure it all goes right.

The streaming studio, who has been knocking it out the park over the last couple of years in regards to original content, has just dropped the first trailer for the highly anticipated Dolemite Is My Name.

Based on the true story of comedian Rudy Ray Moore, the film showcases how a man, hell-bent on a career path, can conjure up success by way of confidence, self-belief, and a little bit of luck. After convincing a social-justice minded dramatist to write his newly formed alter ego a film, Dolemite takes his fate into his own hands, crafting an epic experience for fans that single handily transforms him from a singular talent to a bonified legend.

The trailer appears to showcase Murphy’s humor in extreme doses, giving the impression that this film is his vehicle to live and die by.  We’ll have to wait and see if he can create the same energy as the original Dolemite, which became a defining movie of the Blaxploitation era.

The film will hit select theaters and the streaming platform this fall after a world premiere next month at the prestigious Toronto International Film Festival.