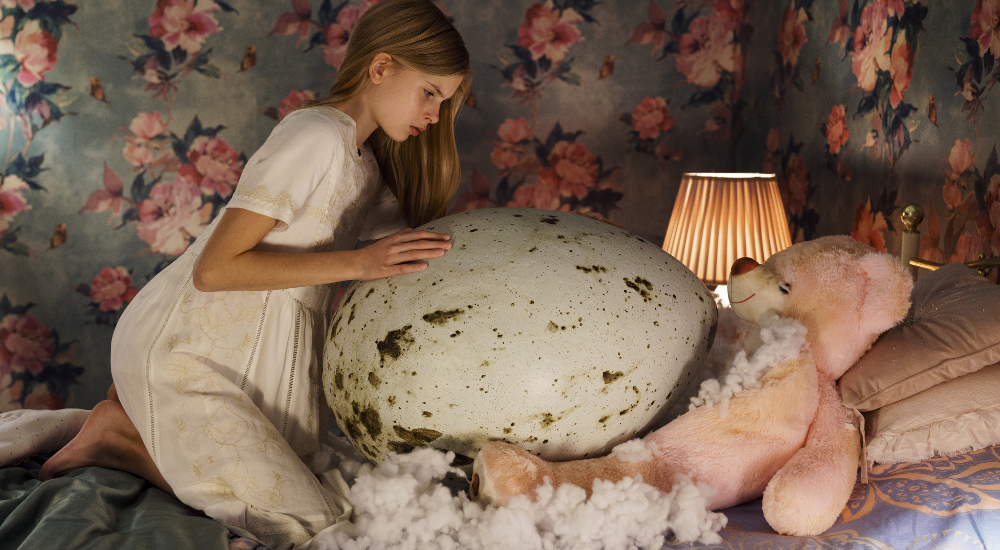 It may be early in the year, but there's already plenty for horror fans in January, including the new Scream, See for Me and Hatching. The Finnish flick premieres at this year's Sundance Film Festival, which is once again online only.

In Hatching, a young girl brings home an egg she finds in the woods, raising it as best she can. Once it breaks out of its shell, all hell breaks loose. This is no cute little baby bird. In addition to the scares, the film also satirizes mommy bloggers and suburban life. (Honestly, until a character spoke, I thought this took place in America.) Expect some excellent creature work and splashes of blood on the perfectly white homes.

Hatching premieres at Sundance on January 22. IFC Midnight will release the film in select theaters and on VOD on April 29.