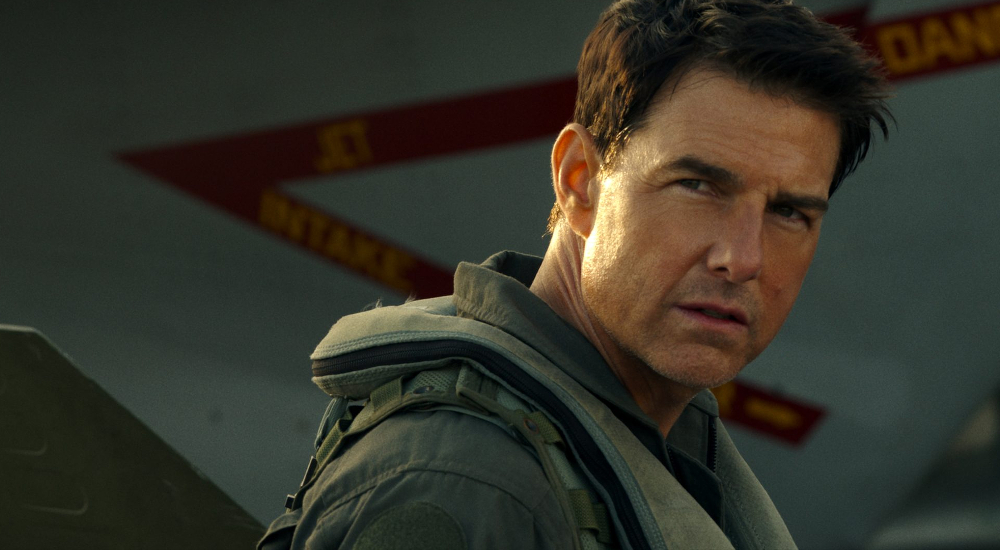 Don't be surprised if you get deja vu watching Top Gun: Maverick. The opening credits, while newly shot, are exactly the same, down to the title card explaining the Fighter Weapons School. Tom Cruise's Maverick dons a leather jacket, drives a motorcycle and regularly pisses off his superiors. There's an impromptu sing-along to Jerry Lee Lewis' "Great Balls of Fire" and a very sweaty ball game in the sand.

But if this were all the movie had to offer, it wouldn't be worth seeing. What makes it a perfect popcorn movie and an improvement on the original is everything else. This Maverick is no longer the brash young pilot. He's older but not necessarily wiser. He's still filled with regret over the death of his wingman Goose (Anthony Edwards). That hang-up causes him to butt heads with Rooster (Miles Teller), one of his new students and Goose's son. Will these two put aside their differences and work together to complete a dangerous mission? I wonder.

This film is also less rah-rah propaganda compared to its predecessor. These cadets aren't training for bragging rights, but for a suicide mission. Only Maverick seems intent on bringing all the pilots and gunners back home. It's also slightly less bro-y, with two women (Monica Barbaro and Kara Wang) among the recruits. Still, they're easily divided into stereotypes: the showboat (Glen Powell), the nerd (Lewis Pullman), etc. But these roles also fit these actors like gloves. It's hard to complain when everything is this well-executed.

Even the romance, this time between Cruise and Jennifer Connelly, works well. At nine years Cruise's junior, this is about as age-appropriate a coupling as we'll see in an action film. Both have been burned by their on again-off again relationship, but their chemistry is undeniable.

So too is the excitement and energy of Top Gun: Maverick. The film has been a long time coming, but it was worth the wait.