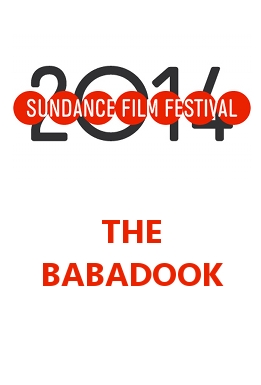 Not since The Sixth Sense have I seen a more remarkably acted mother/son duo.

The Babadook chronicles Amelia, a single mother and her precocious child, Samuel, trying to survive a fabled evil creature that comes to life.

The first act sets up the stakes and explores the nuanced dynamics of Amelia (Essie Davis) and Samuel (Noah Wiseman) really well. Their scenes are kinetic, dramatic, and even affectingly funny. It's amazing how Samuel can be so annoying and so incredibly adorable at the same time. Davis turns in a vividly versatile performance as a woman on the verge of a serious breakdown.

Unfortunately, after a solid first act, the movie settles for a slow-burning second. Besides, it works better dramatically than  horrifically. I say that because movies don't scare me much, so if you fall for lights turning on and off, sudden weird noises, and rooms with unusually dark corners, then this show's for you.

With that said, the most problematic aspect is its third act. It appears to end in a way that may seem fitting, but I found it to be lackluster and unintentionally comical.

Regardless, I'm just glad I walked away seeing Davis and Wiseman (both from Australia) who must have come from the greatest pool of talent that you will ever find on the planet. Believe me, it's a lot scarier if you see them in person.

*The Babadook has been purchased by IFC Midnight