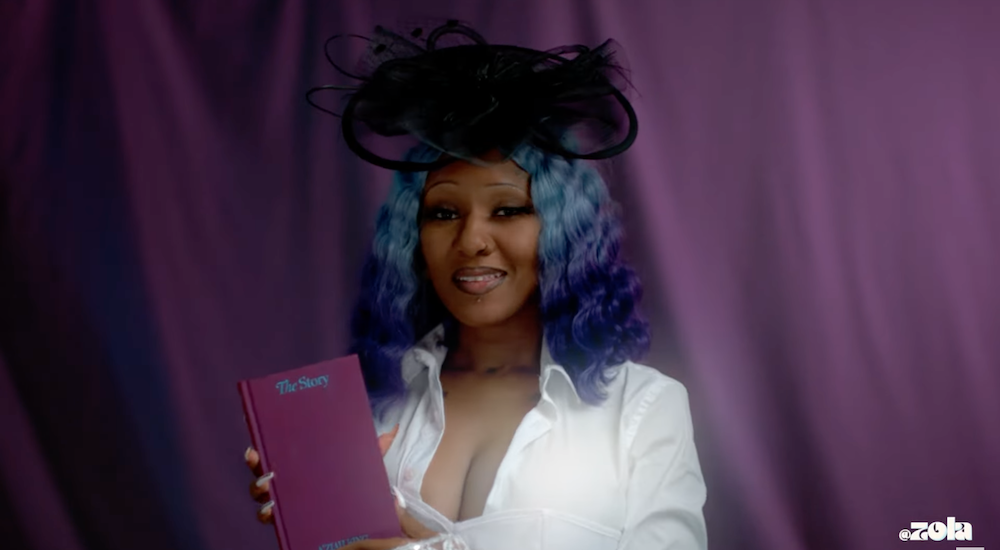 It all began as a captivating thread of Tweets. It was inevitable that it would be developed into a movie. When A’Ziah “Zola” King sat down to tell the one story of one crazy night, she probably couldn’t have guessed how infamous the story would become. Now, in addition to the computer screen and silver screen, her tale hits the printing press in The Story, a collaboration between King and ZOLA director Janicza Bravo.

The new book from A24 will feature a foreword by Roxane Gay and an afterword by Janicza Bravo. It’s a direct copy of the Tweet thread, with each tweet separated out and iconic lines emphasized with big, bold lettering that takes up multiple pages.

Available in the A24 shop, the book comes out just in time for the release of ZOLA, the film starring Taylor Paige, Riley Keough, Nicholas Braun, and Coleman Domingo. It’s directed by Janicza Bravo and written by Bravo and Jeremy O. Harris.

See the book promo below and catch ZOLA in theaters in June 30.