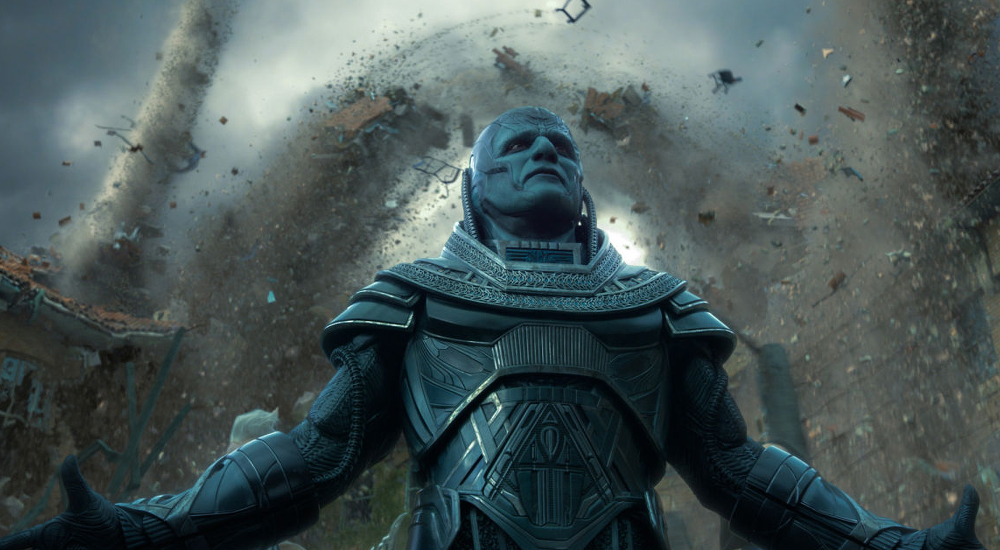 It was nearly a total apocalypse at the box office. The latest X-Men chapter took in an estimated $80 million over the four-day weekend. That was more than enough for first place, but Apocalypse fell well below the $110 million Days of Future Past took in on Memorial Day Weekend two years ago. In fact, even when factoring in the Memorial Day holiday, that's still below what X2 took in over three days in 2003. Whatever Fox has planned next for the franchise, they better be sure audiences are still interested in the team efforts.

But disaster could not be avoided for Alice, no longer in Wonderland. Through the Looking Glass made a meager $34.1 million. That's right in line with what Alice in Wonderland made in its third weekend in theaters back in 2010. Just like The Huntsman: Winter's War, there's a good chance Through the Looking Glass doesn't make in its entire run what the original made just in its opening weekend.

The Angry Birds Movie slipped to No. 3, falling only 35 percent, nearly making back its budget. $100 million is definitely in sight, but it won't be one of the top animated movies of the year once all is said and done. Captain America: Civil War continued its dominance, expanding its lead as the year's biggest movie. But it was a big tumble for Neighbors 2. The sorority may be rising, but this raunchy comedy is sinking fast. It's barely crossed $40 million.

It's going to be relatively quiet until Finding Dory opens later in June. The first weekend of the month finds Andy Samberg's Justin Bieber parody Popstar taking on the Teenage Mutant Ninja Turtles sequel Out of the Shadows, with the tear-jerker Me Before You serving as counter-programming. TMNT will definitely take the top spot with around $60 million, just below what the first reboot did in 2014.