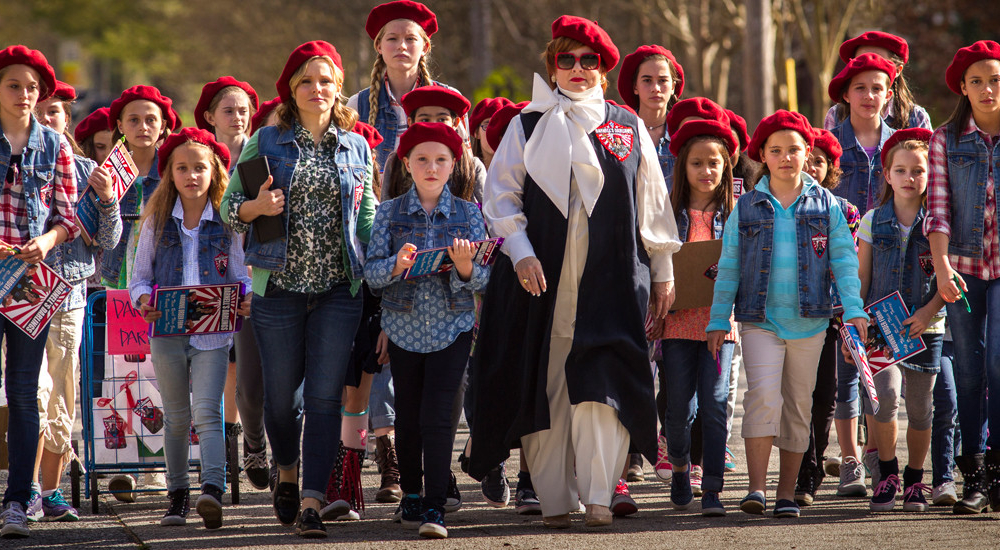 What was that about Melissa McCarthy needing some career guidance? The Boss debuted at No. 1 with an estimated $23.4 million. That marks her fifth straight opening of more than $20 million, when she plays a leading role. The quality of her movies might fluctuate, but there’s no denying her star power.

Even more, The Boss beat out Batman v Superman. Though only $50,000 separate the top two movies, it’s a sign that the latter is in total free-fall. It wasn’t supposed to drop this much this quickly, and it was only supposed to cede the top spot next week, when another big-budget movie took over.

Zootopia continued its impressive hold. It still hasn’t crossed $300 million just yet – only Deadpool has hit that milestone so far – but will go down as Disney’s second-biggest movie ever (excluding Pixar titles). It’s already the 10th biggest animated movie of all time. Like all those films, they opened big, but had impressive legs. Families kept going back time and again.

My Big Fat Greek Wedding 2 took the No. 4 spot and has done about as well as most romantic comedies these days. It’s just not a phenomenon. Hardcore Henry finished just below that. The extremely violent action flick only took in $5 million, hardly enough to kickstart any new filmmaking revolutions. But it’s bound to be a big hit on home video and streaming.

Look for the bare necessities as The Jungle Book will rule the box office. Disney has done great business with its live-action remakes and this one will be no different. $90 million is probably a safe bet. That’s 10 times what Criminal or Barbershop: The Next Cut will do.