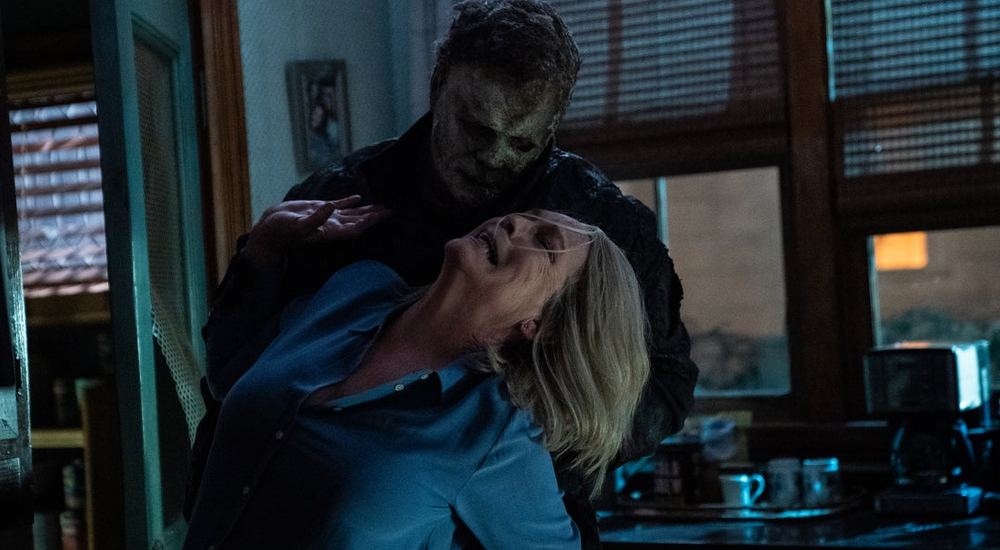 Just like they did for last year's Halloween Kills, Universal is releasing Halloween Ends in theaters and on Peacock the same day.

The final entry in this sequel trilogy will allegedly wrap up the story of Laurie Strode and Michael Myers, but we'll see. Their saga was previously wrapped up in the original film, 1981's Halloween II, 1998's Halloween H20, 2002's Halloween: Resurrection and 2018's Halloween. This may be the final time Jamie Lee Curtis and this iteration of the masked killer face off, but don't be surprised if there's more to come. The previous entries in this latest story arc each made more than $100 million worldwide on relatively small budgets.

Set four years after the events of the last film, Michael shows up once more to terrorize Haddonfield. And of course, Laurie claims this time she'll kill him and end it once and for all. Returning for this finale are Andi Matichak, Will Patton and Kyle Richards, with the towering James Jude Courtney as the Shape. Rohan Campbell plays new character Corey Cunningham, who's accused of a horrendous crime that brings Michael back for another killing spree.

Halloween Ends arrives in theaters and streams exclusively on Peacock on Friday, October 14.